Autumn exhibition of chashaku (tea scoops) at the Miho Museum

KJ’s volunteer translator Hiroko Kawano went along to the MIHO MUSEUM press event for their new exhibition: 100 Modern Tea Scoops: Connoisseurship and Society, now on until 02 December. The chashaku(茶杓) is a small utensil, typically made of bamboo, used in Cha-no-yu tea ceremony to scoop powdered green tea (matcha) into tea bowls ready to whisk in front of the guest. 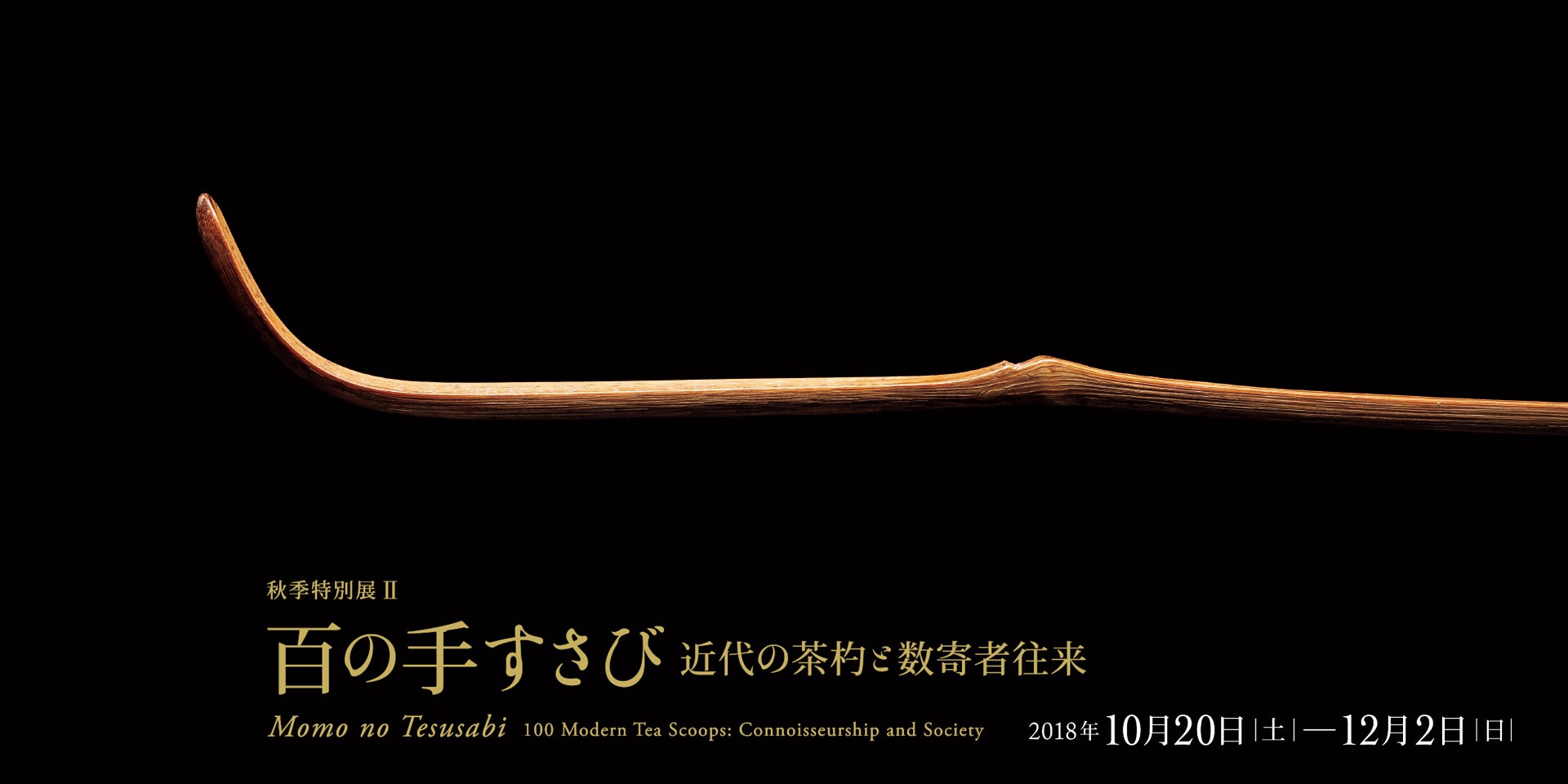 Hiroko had this to say:

This was such a gorgeous collection of tools, people, and stories. Also included among the pieces on display were 80 works of tea-related pottery, scrolls, other tea utensils but also chashaku-making tools.

Chashaku came originally from China and were typically metal or ivory, sometimes ceramic or lacquerware, but over the time chashaku in Japan came to be made exclusively of bamboo. They were and are carved by tea aficionados, either as a labour of love or as a gift (together with a hand-made case) for other tea practitioners, sometimes to be presented at an actual tea gathering.

What makes the collection special is that it comprises a comprehensive and rare lineage of chashaku, with the stories about the person who made (and gifted) them and the recipient retold, many of whom were prominent business and political leaders, intellectuals, novelists, artists, ceramicists, tea masters, etc. None could be called professional chashaku makers — just as Cha-no-yu itself became the pursuit of sukisha (数寄者), which can be translated as “amateur practitioners.” They made chashaku by themselves in order conveyed their sentiments or passions to the recipient. Each chashaku case has a marking carved on it, such as “〆”, along with the name of the person who gifted it, just as though it were the envelope of a personal letter. This collection gives us privileged access to the lively salon environment in which these various Japanese philosophical and artistic leaders interacted. 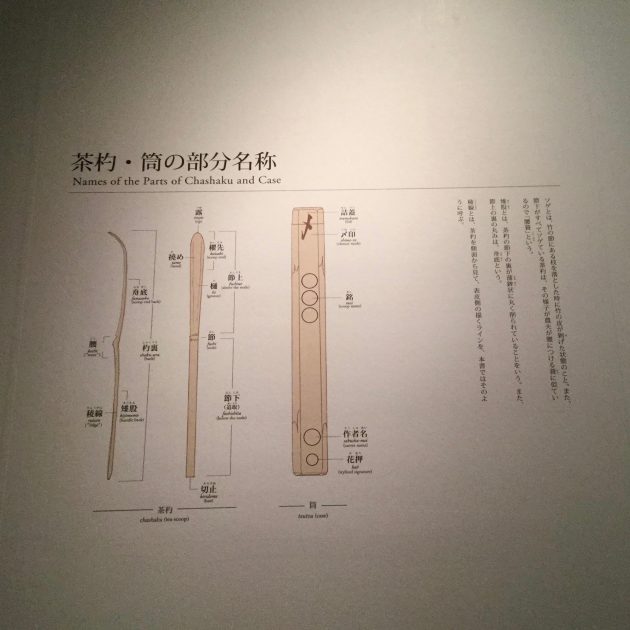 An explanation of the different parts of the chashaku as well as the case it is presented in. 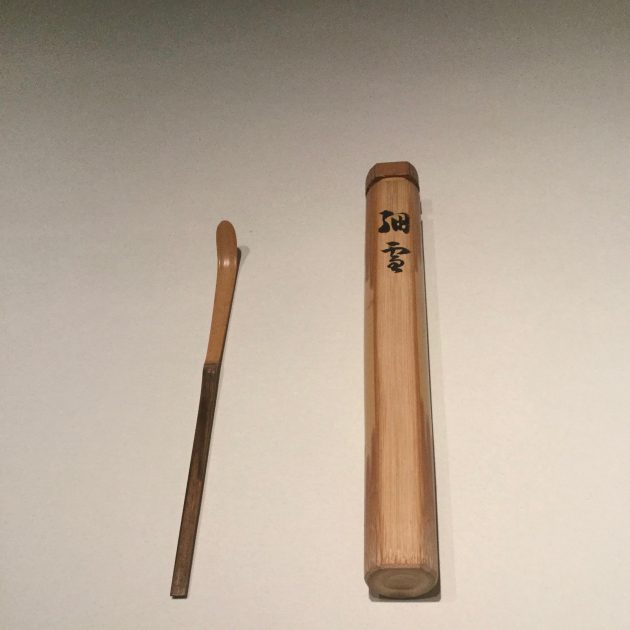 One of the highlights among the pieces on display: 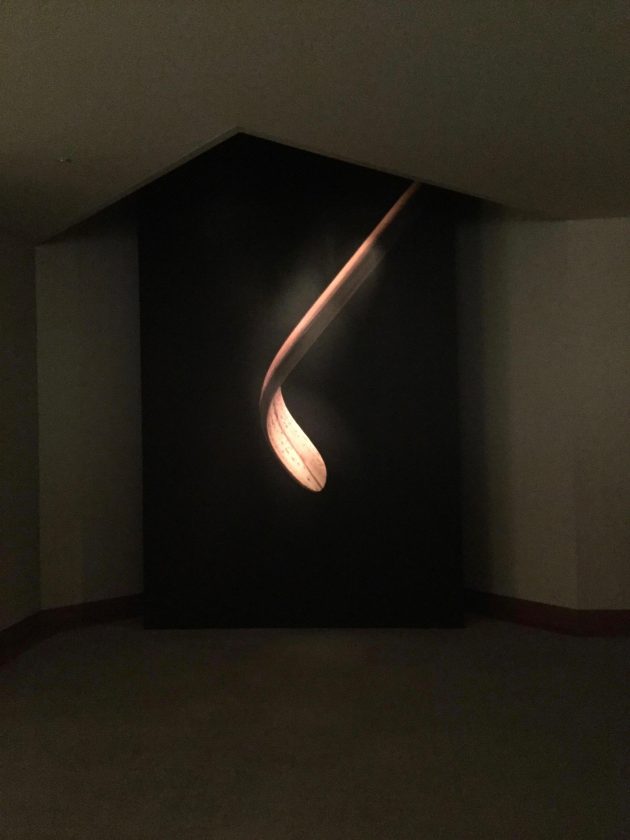 Part of the exhibition display. 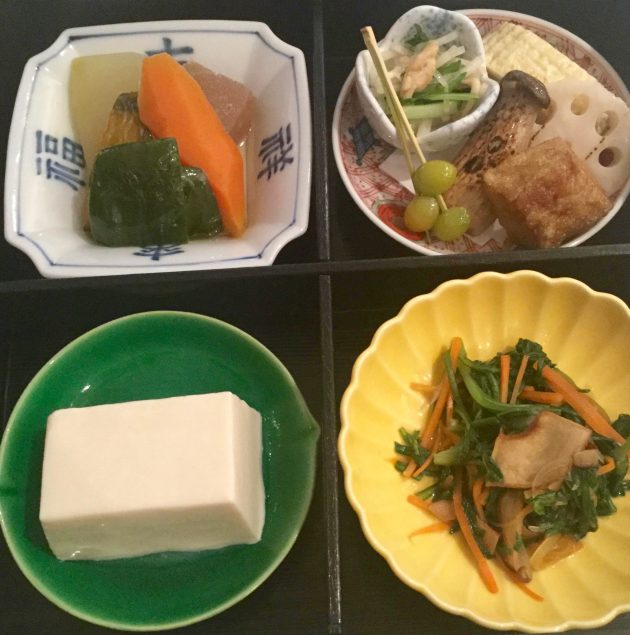 Visitors to the Miho should not miss out on the experience of organic dining here.