Tell me about yourself. Who is the man behind the KJ Reviews section?

Once upon a time I was naïve enough to major in English in university back in California for the simple reason that I liked to read.  As a newly minted bachelor of arts I spent a year or three post-university as a freeter before washing up in Japan where eventually—because I still liked to read—I started reviewing books for the local English rags at a time when the English paper of record published six meaty book reviews a week. Writing about books remains, I think, the kind of writing I most like to do.

I also like reading about books and am likely to turn first to the book review section of any periodical I pick up. (It pleases me that a few readers of my acquaintance tell me that the reviews section is where they go first when they open an issue of KJ.) 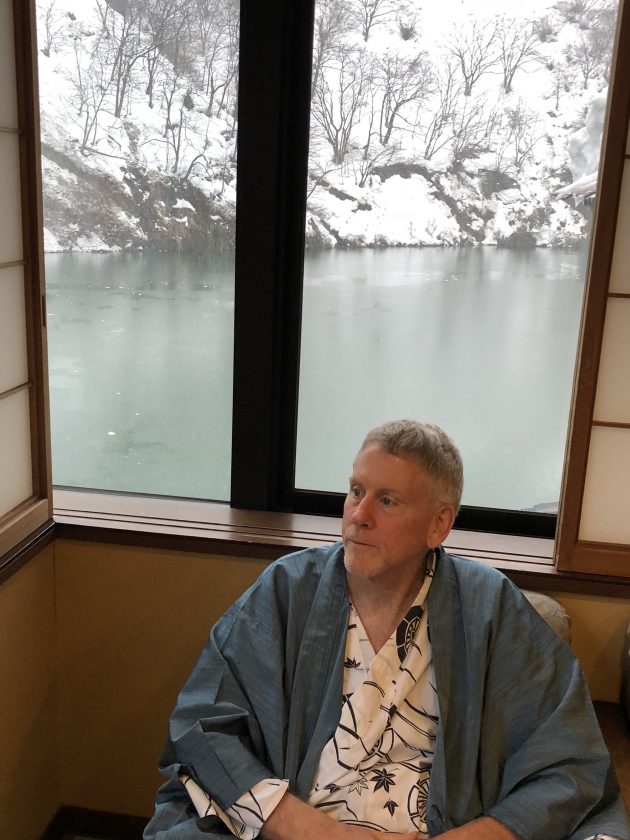 How/why did you get involved with KJ?

I gave a talk at a Japan Writer’s Conference in Kyoto. John Einarsen and Ken Rodgers were kind enough to attend, and apparently liked what I had to say about the theory and practice of critical writing. I was glad that they had enjoyed my talk, but never imagined anything would come of it. Although I’d contributed a few things to KJ as a writer, since I didn’t live in Kyoto, it never occurred to me that I could play a larger role. Ken said something to me implying that something larger might be possible, and after a short email exchange my name appeared on the masthead.

How would you describe the process of your creative work as an editor at KJ?

It’s pretty simple. I keep my eye out for interesting books, and then try to connect them with interesting writers. I edit, in collaboration with the writers, what they submit, sometimes just a little, sometimes a lot, in the hope that, together, we can enable the writer to achieve a clear and lustrous style that will best showcase his or her ideas.

What inspires you in life?

Which piece of work for KJ is the most memorable/are you most proud of? Why?

To be an editor is very much to dial back one’s ego. It’s not about you, but about the writers with whom you are working. What I am most proud of as an editor is that I have expanded the stable of writers who review for us, both bringing in talented people new to KJ, and also enticing those who’d done other kinds of writing for KJ over to the reviews section.