Café Honyarado, well-known as a base for citizens’ movements and anti-war campaigns in Kyoto since the 1970s (located at Teramachi-Imadegawa, close by Doshisha University), burned down in January 2015. 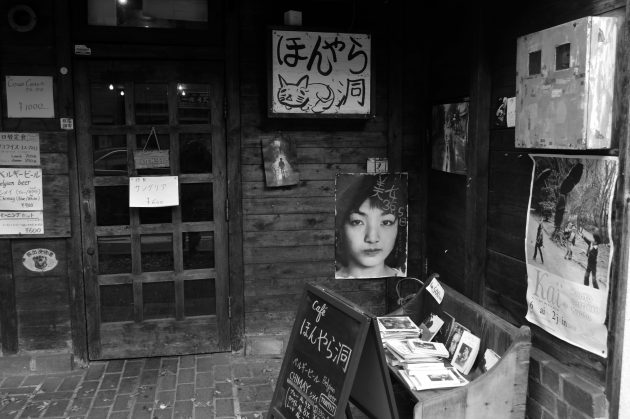 Its founding members were all committed to the anti-Vietnam War movement in the 1960s. It was built after Hajime Nakao (who later became president of Kyoto Seika University), the singer Okabayashi Nobuyasu and I found our passion for carpentry as an occupation, helping to build the “anti-war café Hobbit” in Iwakuni, Yamaguchi Prefecture where the largest U.S. naval base in Japan was located. After that, we decided to build a place in Kyoto where friends could give live poetry readings and each member could seek their calling.

Opening in 1972, Honyarado became a hub and stronghold of anti-war activities and a symbol of youth counterculture. We campaigned for the release of political prisoners in South Vietnam and South Korea, and supported court cases against obscenity charges. We carried out a movement for reactivating local regions centering on ‘shotengai’ shopping arcades. In addition, we became involved in anti-nuclear power plant campaigns, opened English and Korean language classes, and traditional Chinese chi-gung breathing class, held live performances and lecture meetings, and started bread-making workshops and even a study group on professional wrestling. 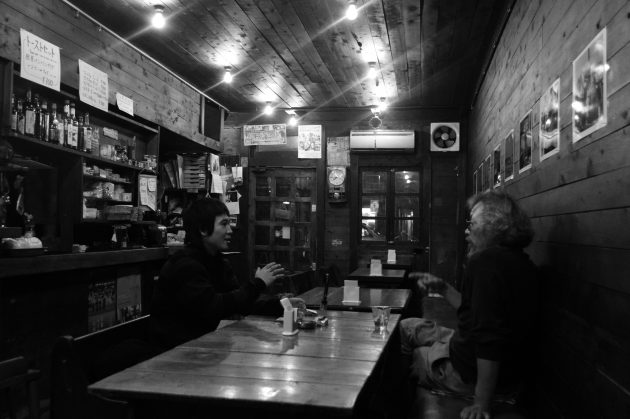 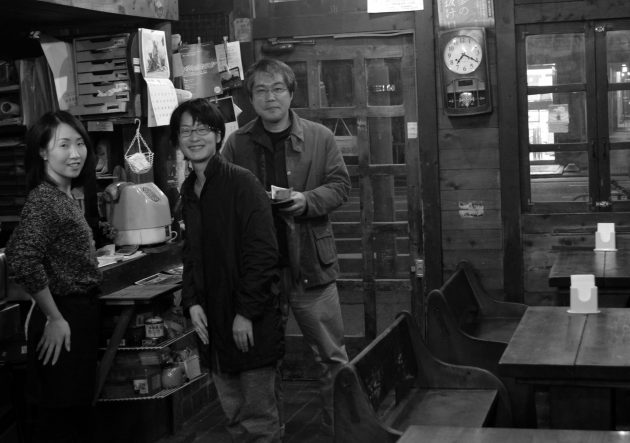 I have been centrally involved with this café since its earliest stage. Although I handed over its operation to younger generations from “the bubble economy” period until the end of the 1990s, I decided to come back, feeling some emotion like indignation, as other founders or the younger generation started to give it up. Since then, for 15 years, I single-handedly ran this café, working hard to live up to the expectations of customers and supporters to “carry a torch” and not to bring the curtain down on its history dating back to the glorious ‘70s.

Recently, I had been looking for a way to pass this café over to a successor, considering it time to shift to the closing years of my life, working as a photographer and a recorder of the history of Honyarado.

Then, the owner of this land and property died, and I heard that the new landowner was planning to scrap Honyarado and integrate it into a new building. I strongly opposed this plan and insisted on doing maintenance work on the building, even though it was almost falling apart. I gathered petition signatures from supporters in various quarters and was planning to hand them to the new owner.

However, the café unfortunately caught fire in suspicious circumstances before dawn on the 16th of January, and over 2 million frames of black-and-white photographic negative film I had saved for more than 40 years, along with tens of thousands of prints, thousands of copies of more than 40 books I wrote, posters, postcards, my favorite cameras, well over a hundred diaries I had kept for 43 years, the manuscript of “Youth of Honyarado,” my new book on the café’s early days that was about to be published, valuable guest-books vividly conveying the atmosphere of the early days, and thousands of books from my library, were mostly burned and lost.

I am now at a total loss. I don’t know where to begin with, thinking about compensations to my neighbors whose premises also caught fire, and so on. 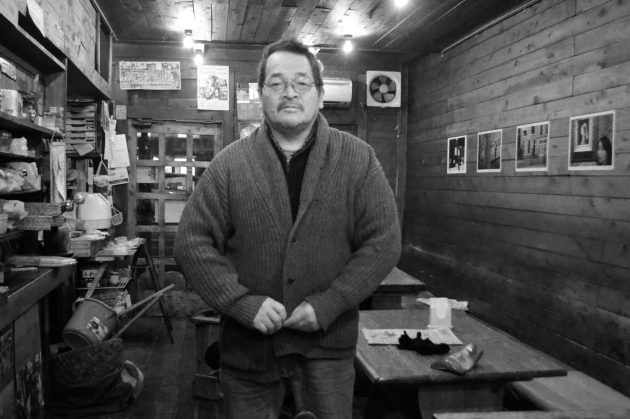 KAI FUSAYOSHI is a dedicated Kyoto street photographer whose work has often appeared in KJ. He was awarded with the Kyoto Fine Arts Cultural Award in 2009, as well as Jean Larivière prize at Salon des Beaux Arts supported by the president of France and hosted by Société Nationale des Beaux Arts SNBA in 2014.