Matsuyama Sachiko is the founder of monomo, a business linking Japanese craftspeople with an international audience and encouraging cultural inspiration. 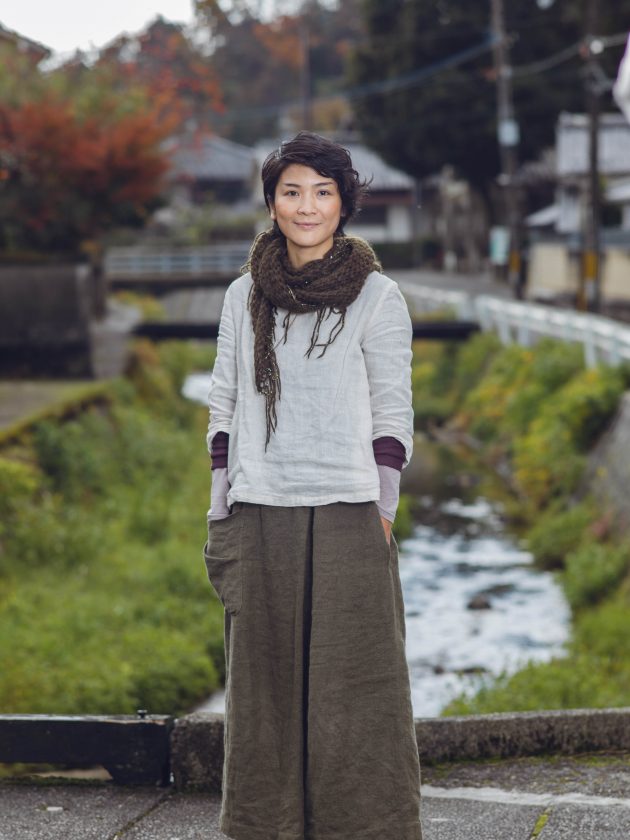 “The only thing I took to Canada from Japan was pottery. I still remember holding that cup in both hands and experiencing a profound sense of comfort,” she recalls. “My roommate pointed out that I looked quintessentially Japanese, cradling the cup as I drank American coffee out of it, tea ceremony style!” she jokes, recalling how she felt instinctively relaxed, not by the cultural gesture, but from connecting with a beautiful, every-day object linked to nature.

Years later, a book by the philosopher and writer Soetsu Yanagi evoked the same feeling. “Yanagi was saying that a potter faces a spirit in the natural material and tries to make a complete form, but in the end he just lets the fire god of the kiln apply the final touches, and accepts the result. I found this notion really interesting, and I realised that there are so many small aspects of Japanese crafts that deserve to be shared internationally.”

After six years in Canada, Odawara-born Matsuyama returned to Japan in 2006. She worked as a web designer and business planner in Tokyo for seven years, before moving to tranquil Iwakura in north Kyoto. Finally in a position to renew her connection with craft philosophies, she launched her bridging service and unique e-commerce business, monomo, in 2014. “I didn’t think I would ever start it, but when the 2011 earthquake happened, everyone began feeling the importance of connecting to everyday life. I questioned, ‘Why am I working in a company in Tokyo, all day, every day to please someone else but not me?’”

Monomo is more focused on connecting with people’s hearts and minds than seeing them as a market. Matsuyama started out as a retailer for six studios. Next, people were expressing interest in studio visits, and in her educational programs that look at Japanese culture and history through crafts, an industry that she defines as “a kind of mirror for society.”

She says the emphasis shouldn’t be on exporting. She is instead fascinated by cultural inspiration, and has recently been involved in collaborations with international designers, including the PET Lamp project. “When I say I want to share our craft wisdom with the world, I am doing this to help people to connect with everyday life, and the world, not to boast that Japanese products or Japanese craftsmanship are the best,” she explains.

Matsuyama has a realist outlook on preservation. In the case of the decline of the ‘butsugu’ industry (crafting implements used in Buddhist practice), she recognises artisans’ attempts to create something different, such as homewares that utilise their techniques, but isn’t convinced it’s for the best. “What I think is very special about that craft is the Buddhist teachings. Without this aspect, I don’t think it is a successful way of preservation. Others might feel it’s cruel to think this, but society, consumption and industry are all changing; in every era occupations alter.”

This is exactly why she isn’t chiefly concerned with moving product. “Every time I meet another artisan I get to know another approach, and I hear opinions that what this person is doing should be preserved for the next generation, but conventional e-commerce isn’t anthropological, it’s often just about sales,” she says, affirming that people must remain mindful of all that is lost through mindless consumption and mechanised industries.