Shodō is the Japanese word for calligraphy. It means not just penmanship, but the Way, or Path of writing. In China and Japan, Shodō has long been regarded as one of the most important forms of art. Most of the languages of the world use phonetic symbols, but except for the earliest languages there are hardly any that use hieroglyphs, pictographs or ideographs as the basis for written languages.

Languages using phonetic symbols need only a relatively few symbols to fulfill their communicative purposes: it is this need for only few symbols that represents the strength of such systems. However, in China as well as in Japan the written language is based on direct visual representation. At the simplest level of vocabulary, each written word is actually a picture of the object it describes.

There are about two hundred of these elemental ideographs for common objects. They are the foundation of the forty thousand and more Chinese and Japanese characters. Until the 20th century, writing in the east was done with a brush dipped in ground ink. With the supple brush, the elegantly complex characters, and the proper frame of mind, every piece of writing becomes an act of profound expression. 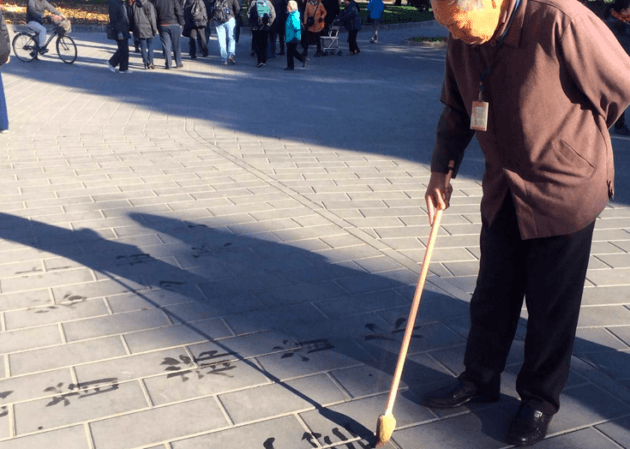 Oriental Calligraphy is the dynamic execution of lines in vast range of rhythmic combinations. The infinitely variable balance of the successive strokes, the flow and the tension, the strength and proportion of each character are the unique product of the form, writer’s personality, and the moment. Through Shodō, the language, the eye, and the hand are linked to the deeper sources of consciousness.

There are five traditional styles of Shodō, ranging from rigid precision to flowing smoothness. It is essential to have an appreciation of how characters have changed over the centuries. Until characters were introduced into Japan they had undergone many stylistic changes, producing a magnificent variety of possibilities. By the time these characters arrived in Japan around the fifth and sixth centuries, all basic form and styles of Chinese characters as they now exist had been “completed.” 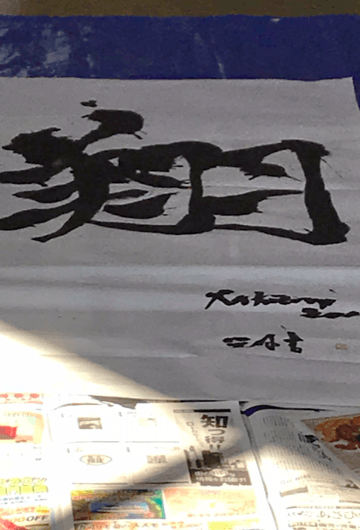 The changes could be divided into five historical stages as follows:

1. Tensho – Seal script of the Chan, Ohou, and Ch’in dynasties (1500 – 200 B.C.) is th oldest and most formal style. This script consisted of well-balanced horizontal and vertical, left and right symmetrical elements. Over the years, however, these characters tended to become somewhat vertically elongated.

2. Reisho – Clerical script or modified seal script of the Han dynasty and the Three Kingdoms (200 B.C. – 250 A.D.). Basically this style is similar to the Seal script except that symmetrical balance began to break down and the elements tended to become somewhat horizontal and flatter.

3. Sōsho – Cursive script of the Han and the Six dynasties (200 B.C. – 590 A.D.). Developed as an abbreviated form of the Clerical script. In Sōsho the natural flow of the hand reaches its maximum.

4. Kaisho – Standard script of the Six dynasties. This script is structurally balanced somewhat differently from Tensho and Reisho. Most characters have a tendency to form a square.

5. Gyōsho – Semicursive script of the Six dynasties. Developed together with Kaisho as an informal, faster way of writing.
As the calligraphic styles evolved over the centuries, calligraphers struggled of course, to refine their techniques and through trial and error they have brought Shōdo to the present hight level of achievement. The traditions of Wang Hsi-chin, Ou-yang Hsun, the Han Clerical styles, and the Six Dynasty styles were all created from these crucibles of experience. It has become standard practice to study these techniques to become a full-pledged calligrapher.

There are almost no example of even geniuses creating outstanding art without reference to the past traditions. In order to transcend the rules, one must study and master the techniques of the past and follow the moral values of the teachers of the past.

Respect the tradition and master it and find your self expression within it, such has long been the teaching of the Kampo Ryu in Shodō.