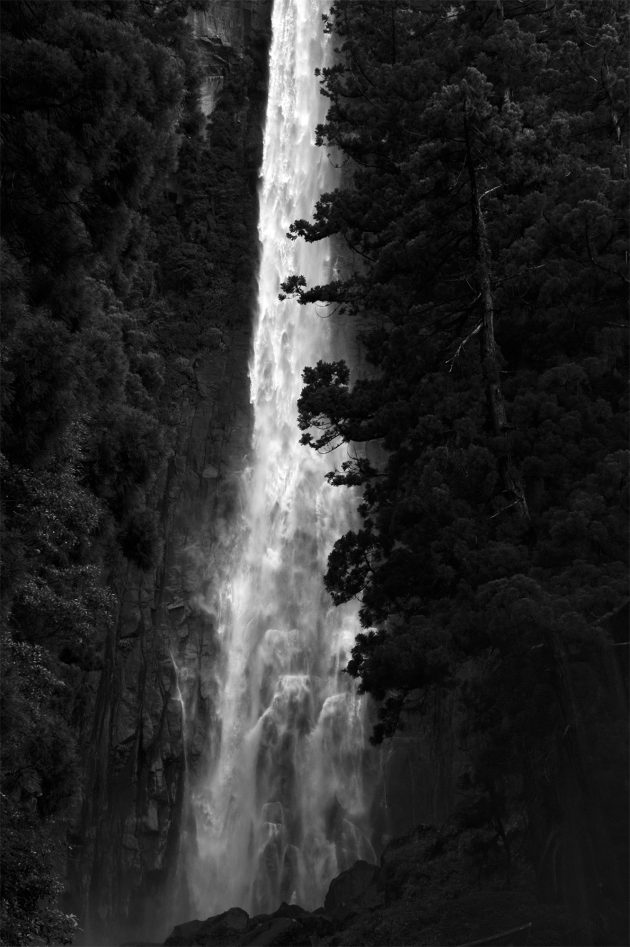 Up into the Northern Hills,

up the slender, winding road

to the last bus stop; get out, walk

the narrowing valley to the end,

Pause there for a cup of tea.

The kitchen taps have run for decades.

The white-tiled walls are pocked with frost.

Outside, through tall windows,

weigh down the black-tiled kama stove.

old and worn forty years ago.

Those taps pipe the mountain stream.

Slip your shoes back on,

step out, look up:

the ravine all but closes overhead.

tree to tree, across that strip of sky.

silvered by countless rains and suns;

pass between the fierce Niō,

on sculpted guard for centuries.

A shallow flight of broad steps

between stream and great bronze bell

leads up to a copper-roofed main hall

Picture him on a rock, blue-black,

haloed by flame. His right hand

lifts the sword that cuts attachment.

The noose in his lefts bind demons.

The ritual hearth before his altar

Yet here his statue remains hidden

behind the altar, locked in a tall chest,

lest iconography seduce the eye

from a more open truth:

Fudo is adamantine peak and crag,

girdled by shifting veils of mist,

Showers sift down through deep green.

Nearby, from a branch ravine,

from a jutting channel of squared stone

to pound the spot where, now and then,

a devout pilgrim stands, palms together,

Around an upright blade there, set in rock,

A thousand years ago

a monk saw the Nachi waterfall flow up.

he shot up through the fall himself,

never to be seen again.

Who is to say those days are gone?

But just now the mind whispers “down.”

salute Fudō in the main hall,

board the enormous bus

that threads its needle-gullet way—

a safety mirror at every bend—

toward the world below,