The Poetry of the Gardens 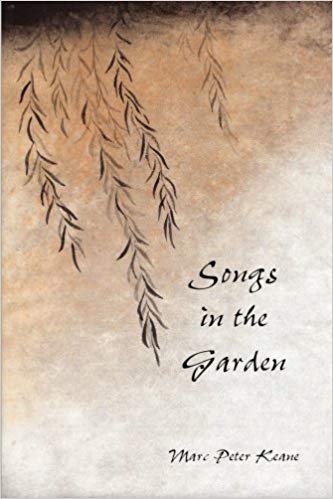 [B]ack in 1998, Steven Heine wrote a really interesting article about emotions in Japanese religion and literature. The basic premise went something like this: while in general Buddhism seeks to restrain human emotion, seeing it as an impediment to enlightenment, Japanese forms of Buddhism are different in that they have accepted emotion, instead having traditionally sought to refine or transform the emotions into something edifying. The unique way in which emotions are viewed in Japanese Buddhism has had a significant impact on certain Japanese cultural practices, and this “transformation” or refining of the emotions has traditionally taken place within the context of an appreciation of nature and the turning of the four seasons

Marc Peter Keane is an award-winning American landscape gardener. Educated at Cornell, he lived in Japan for eighteen-plus years and specializes in Japanese garden design. His latest work at Cornell, Tiger Glen Garden, is bound to win awards. Small in size, it is evocative of East Asian aesthetic values and poetic conventions. Viewing the garden, it becomes clear that Keane is a master-practioner of the art of Japanese gardens. In addition to his landscape designs, Keane has also written on Japanese garden philosophy, and tea ceremony gardens– and he has even helped translate the thousand-year-old Japanese garden classic, Sakuteiki.

His latest book, Songs in the Garden, is about the traditional literary aspect of Japanese gardens. Connecting gardens and poetry, his work illuminates something that is unique to Japanese landscape-art history. So crucial is this to understanding Japanese gardens that it is surprising that it took so long for someone to write this wonderful and important book. 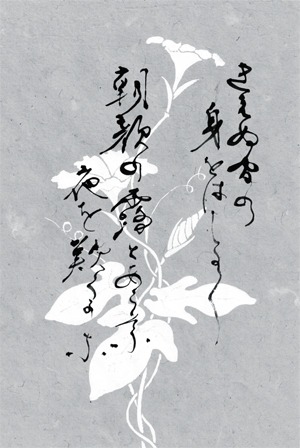 Not surprisingly—indeed, happily!—Songs in the Garden begins with the unforgettable scene from the Tale of Genji when the Shining Prince is sitting beside his love Lady Murasaki who is ill and not long for this world. It is a heart-wrenching scene. The two are overcome with sadness that they will soon part (she will die; he will have to go on living without her). Gazing out at the garden, Murasaki responds to the tears in her lover’s eyes with a poem:

Could it be
I will disappear, having lasted
not much longer
Then the pearls of dew
that barely cling to the lotus leaves

In this way, their individual sadness (and “attachment”) is refined into something more uplifting, something that is not only shared between the two of them, but that is aesthetically meaningful to the aristocratic elite of Heian culture. Poetry is an edifying and transformative practice that embraces human emotion in all cultures. In Japan, however images of nature have traditionally “stood in” for the emotion, transforming it into an aesthetic event. And, indeed, one cannot begin to understand traditional Japanese literature without a strong grasp of the literary and aesthetic implications of plants, flowers and atmospheric conditions.

Gardens also embody these literary implications and ethical-aesthetic predilections. This not only explains the naturalism of Japanese gardens (as “how things are in nature” is preserved in order to maintain the traditional poetic tropes), but it also gets at what Keane means when he says that Japanese gardens are things which are not only to be looked at but are also places to be “read.” In bringing nature into the confines of the houses and palaces of the aristocrats, gardens indeed served to domesticate and distill a specific aspect of nature evoked in famous literary works.

Thus for centuries, looking at a garden, like looking at wild nature, would immediately bring to mind numerous poetic references and images. The garden was no longer an inert object. Through the medium of poetic imagery the garden was given new levels of meaning and mediums of expression. It was as if the garden had been given a voice and, waxing unabashedly romantic here, with that voice could sing.

And, Keane goes on to explain, he says “sing” because poems back then were often sung or chanted. Even now, the word uta can mean both song and poem.

This nexus between nature and Japanese poetry is so crucial that I am going to go out on a limb and say that this book is an absolute must-have for students of Japanese literature as well as lovers of traditional Japanese culture. After a very well done introduction that serves as the intellectual framework for the rest of the book, the body of the text forms a handbook or dictionary of the most important poetic tropes and literary images from nature. This makes it an indispensable reference book for anyone reading ancient Japanese poetry.

For example, the image par excellence in ancient Japanese poetry is the pine, or matsu. Looking at the section on pine trees, the reader finds a brief history of pine trees as they are used in Japanese gardens. This is followed by the famous tropes and images used in poetry, such as “wind in the pines” (matsukaze) and the image of longing. As with the English word, pine, matsu in Japanese is a homonym for “to wait”… or “to pine for.” Keane offers a few famous poems to show how this works. Unfortunately, there was no mention of “matsumushi” the singing insects found in autumn gardens, which also serve to evoke the image of “pining for one’s lover to visit.” This is a small complaint—and indeed matsumushi are discussed in the section “mushi” (or insects). Perhaps the best part of the book is that each section includes classical poetry in a bilingual format, with each poem appearing not only in English translation but also in the original Japanese, as well as in a romanized version for students. It’s a beautifully done book.

Finally, for those who want even more, a perfect companion to this book was coincidentally also published in 2012. Japanese scholar Haruo Shimane’s Japan and the Culture of the Four Seasons: Nature Literature and the Arts is an in-depth analysis of nature imagery and its central role in the arts in Japan. It is a tour de force that complements Keane’s book (which focuses more specifically on gardens) perfectly. Both books are highly recommended.