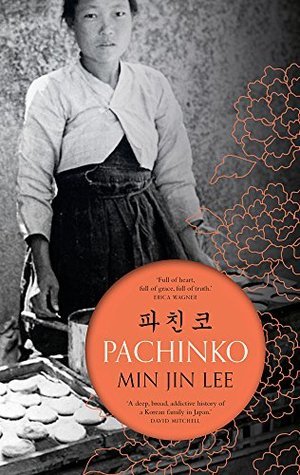 Korean-America writer Min Jin Lee begins her impressive second novel, Pachinko, with an epigraph from Charles Dickens’ Martin Chuzzlewit (1843–4): “Home is a name, a word, it is a strong one; stronger than magician ever spoke, or spirit answered to, in strongest conjugation.” Lee then opens this epic narrative of the lives of Korean immigrants to Japan in the fishing village of Yeongdo—“a five-mile-wide-islet beside the port city of Busan”—in 1910, the same year that Japan formally annexed Korea. She concludes it in Tokyo in 1989, the year after a rising Korea hosted the Olympics and two years before the implosion of the Japan asset price bubble. Within this extensive historical panorama, each major character is united by their personal search for home: whether that be a wrenching nostalgia for their Korean origins; a desperate desire to “fit in” to Japanese society; or a dream to escape to America. Home provides also a wellspring from which they draw meaning from their lives: whether that is Sunja’s devotion to her two sons; Hansu’s efforts to protect his illegitimate family; or Noa’s urge to escape his situation altogether via his studious devotion to English Literature.

Noa’s fondness for classic novels is clearly shared by Lee herself, who has fashioned a story as engrossing and immersive as one of Dickens’ doorstops, with far fewer of the contrived plot-twists. Although Lee covers a long period, she arranges the novel with such meticulous control that it never feels baggy. Her central narrative thread is the life of the character Sunja, who is born in Japan-occupied Korea, and compelled to immigrate to Ikaino, Osaka, eventually becoming the mother of Noa and the worldlier Mosazu. Throughout, Lee refrains from interpolating historical events in an artificial manner. Instead, she registers how famous incidents resonate at a distance: guests in a Korean boarding house debate Japan’s invasion of Manchuria; oblique warnings are proffered about “comfort women”; allusions are made to March 1 1919 (one of the first public displays of Korean resistance to Japan); and the later division of Korea into North and South is registered in the administrative barriers faced by characters trying to visit Pyongyang. Lee’s characters struggle with flimsily-built accommodation, poorly paid and arduous jobs, Japanese stereotypes of Koreans as wily troublemakers, and even the risk that their fellow Koreans might deceive them, before being elevated by the Post-War economic miracle into positions of relative wealth and security.

Lee names Pachinko after the industry by which characters ultimately gain a measure of economic and social status: the pinball machine game that is so popular in Japan that its 2014 annual sales outstripped the annual turnover for supermarkets.[1] The Japanese character Etsuko contemplates pachinko as a metaphor for the wider role of chance in shaping life outcomes, reflecting “there could only be a few winners and a lot of losers. And yet we played on, because we had hope that we might be the lucky ones.” However, in many ways, Pachinko is a deceptive title. Not only does the game only enter the story more than half-way through, but Lee is less interested in fortune, victory and defeat than the theme of survival. Following the Japanese invasion of Manchuria, Sunja’s father Hoonie muses “Whether China capitulated or avenged itself, the weeds would have to be pulled from the vegetable garden.” Likewise, Sunja’s brother-in-law Yoseb affirms, “In the end, your belly was your emperor.”

Lee manages to prevent such home-spun aphorisms from becoming trite by revealing them as hard-won responses to bitter adversity. She also avoids the dangerous belief that suffering itself is character-building and ennobling. The sentimental plotline of a daytime TV soap causes Sunja’s mother Yanjin to murmur “Go-saeng,” in allusion to the Korean proverb “Go-saeng Ggeut-eh naki eun-da” or “At the end of hardship comes happiness.” This provokes an angry response from Sunja: “Sunja had heard this sentiment from other women, that they must suffer—suffer as a girl, suffer as a wife, suffer as a mother—die suffering. Go–saeng—the word made her sick.” In Pachinko, Lee provides a rich and insightful portrayal of the world of the zainichi (the Japanese word for Korean-Japanese people who were either migrants from the colonial era or their descendants). Although occasionally cloying, Lee’s five-hundred-page affirmation of the value of resilience is sufficiently absorbing, affecting, capacious, nuanced and universal to deserve the widespread global popularity it looks likely to achieve.