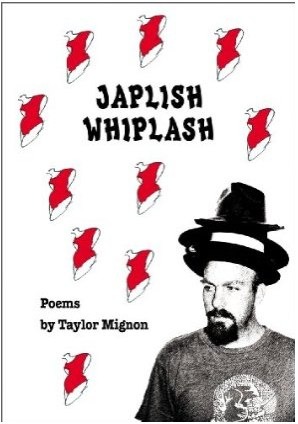 At any given moment, the world of poetry in any nation is divided into a variety of different camps that compete with one another in terms of style, ideology, approaches to language, and readership. Still, poetry tends to group around certain camps that cut across individual style. If one were to try to sort out the landscape of poetry in the United States, one could divide it very roughly into three broad camps. The smallest of these is populated by a handful of commercially successful poets who have established independent careers, publish with commercial presses and whose work appears in large journals of poetry. Much of their poetry describes the world and its workings in ways that reveal independent and quirky minds at work, yet despite occasional swings into the avant-garde, the writing tends to remain relatively accessible.

A second, larger group consists of poets associated with academia. Often these poets teach poetry to students while writing their own work, which usually appears in tiny but intensely committed presses and journals, many of which are moving online. Partly because these poets are not beholden to the demands of commerce, they often do not concern themselves with accessibility and instead write at the very boundaries of the semiotic — challenging orthodoxy, drawing upon literary theory, searching for new styles of writing, while exploring new thematic avenues.
A third and equally important poetic camp comes from the grass roots and finds some of its greatest expression in open-mike nights at coffeehouses and bars. Many who participate in slam poetry events or who write urban-inflected “dub poetry” draw heavily upon African-American oral poetry traditions, employing deft word play, lots of alliteration, and quick rhymes to describe individual experience and make statements about society.

While these three groups have much that they could learn from each other, they converge far less than one might imagine. This is especially true of the academic poets and the grass roots poets, who tend to work in profoundly different circles, even though they may live in the same cities and even pass each other on the street.

Taylor Mignon is a poet who has lived and worked in central Japan for many years, removed from the poetic circles just described; however, his poetry is without a doubt more closely related to the language and poetic styles of contemporary American poetry than those of the country that he now calls home. At the same time, however, Mignon’s geographic marginality seems to have granted him a freedom from the strictures of the American poetic world that have kept the three poetic camps apart in the United States. And in Mignon’s case, this freedom has allowed his poetry to take flights of fancy that have proven remarkably productive.

Japlish Whiplash is a book that gleefully transgresses boundaries — the boundaries between the United States and Japan, between English and the Japanese language, between academic poets and slam poets, between “artistic” and “plebian,” between “high” and “low,” and between “avant-garde” and “urban.” (The latter are labels, though not mutually exclusive, have been used in ways that falsely suggest a dichotomy.) Mignon is a poet who wears many hats — a point driven home by the photo of the poet himself on the cover, wearing a stack of hats several layers high.

For instance, the poem “Fleshcraft” dedicated to the poet Cid Corman (1924-2004) provides a good example of Mignon’s internationality, as well as his purposeful blending of overtly literary style with slangy, vernacular rhythms. Corman was one of the crucial voices of mid-twentieth-century English poetry, and as a long time resident of Kyoto, he often drew upon traditional Japanese ideas in forging a new poetic modernism for the Anglophone world. In his poem, Mignon references Corman’s interest in Japan by mentioning a number of ideas derived from Japanese aesthetics, but as the individual Japanese words travel the distance from Japanese to English, they seem to change along the way, creating a sort of whiplash effect as the sounds of certain words call to mind others:

nada dancing on the
Noh stage oh yes!
it is you yugen
appointing nonhype
of death of life

While Mignon makes a nod to Japanese ideas, his style is more hip-hop than noh. The quirky blend of polyglot diction, the plays on words, the rapid-fire rhymes, and the mixture of registers make the poem sound like the kinds of vernacular poetry that one might hear in grass roots venues in the United States. At the same time, however, Mignon’s treatment of the ultimate emptiness of language — a Buddhist theme — seems more like what one would find among contemporary academic poets, for whom the associative play of language represents a structural element and major theme.
Some of the most successful poems in this collection are the ones where Mignon describes visions that seem to be drawn from his own observations. The profane and erotic hymn “Smoke Song” describes the narrator watching a girl dressed in clothing festooned with Third Reich regalia. Despite her potentially offensive taste — or perhaps because of her sheer daring in flaunting it — the girl seems to exert a mysterious appeal. Here is the poem in its entirety.

writing damn ashy. factories in cheeba,
the smut. “tell me phillip k. dick;
what is your word?” the humidity in
tokio sprouts crater spores
out your hollows, she was sporting
“natty nazi numbers,” a fashion fetish
faux pas, she flaunted
talons, lightning bolds, and gothic lettering
the germans reminded us of minamoto
yoshitsune—the hangonbiike, the underdogs.
as skinhead down-some rastas, the train
passed a hilled ferris wheel, she
sang a celestial sun song, she &
the rays seemed to eclipse out
of her bolt.

A large number of the poems in Japlish Whiplash are dedicated to or inspired by figures who played an important role in the Japanese and American avant-garde art scene from the 1960s onward. Among them many are poets. These include Shiraishi Kazuko, a poet often described as a Japanese sister to the Beats; Sakaki Nanao, an environmental poet who was particularly close to Gary Snyder; Takahashi Shōhachirō, a poet who has experimented with concrete verse using kanji characters; and Amiri Baraka, an American writer who began his career working with the Beats, but whose works became deeply political. Another poem describes the dance of Ohno Kazuo, one of the key figures in the development of butoh, “the dance of darkness.” Visual artists, as well as musical groups provide the inspiration for still other poems.

Needless to say, these poems are richer if one is familiar with the figures who inspired them. Some of the poems, such as the brilliantly dense and playful “Fleshcraft” discussed above, are successful in standing alone as independent works. Other poems, such as “Shimizu Toshihiko,” which is dedicated to the artist of the same name, or “Mishima Post-Mortem,” which describes the famous novelist, are verse descriptions of an artist’s style or ideas. While these poems will interest readers interested in the artists they describe, they are less likely to linger in the memory than some of the other works in which Mignon uses his clever linguistic gifts to evoke a carefully crafted world of his own experience.
This is, ultimately, a somewhat polite way of saying that, although many of the poems have flashes of brilliance, some are more substantial than others. This might be expected, considering that the poems were written over a long period of time: the earliest section consists of juvenilia, the latest deals with the life of an expat in Japan. Another side effect of this is that the styles, forms, themes, and types of juxtapositions shift so often that the collection feels more like a random assortment than a well-organized collection with a well-defined overarching architectural structure.

Indeed, Mignon is at his best at the level of the line and the stanza; it is there that his ability to craft a clever, intensely rhythmic turn of phrase allows him to shine with his brightest light. Take, for example, “Expatriate Essence,” in which he describes living as a long-term resident of Japan: