As part of their 70th-year anniversary celebrations, KJ has teamed up with Tuttle Publishing, the Asia specialist, for this four-part series. Tuttle presents us with a choice of their latest titles, and we select six per issue to send to our discerning reviewers. Follow us on social media and sign up to our newsletter to make sure you never miss the chance to enter our book giveaways! Remember, you can also order online now from the Tuttle website for a 30% discount! 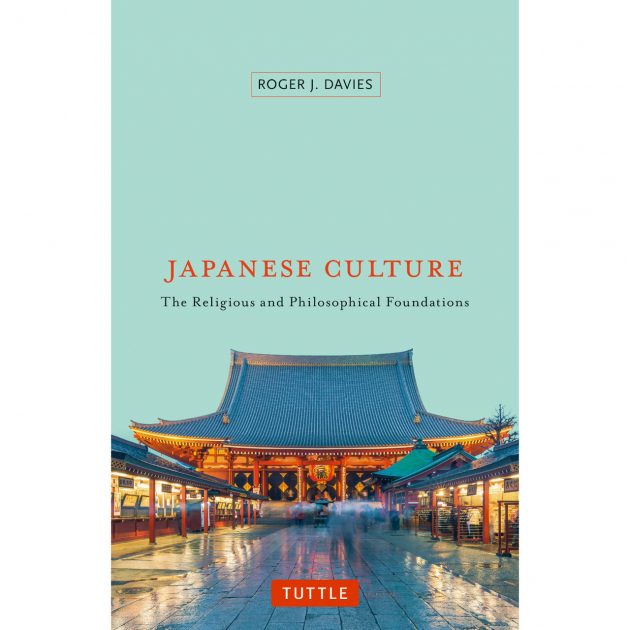 Japanese culture can often seem impenetrable to newcomers; discovering what underpins the national ethos  is a challenge not to be underestimated. In Japanese Culture, the Religious and Philosophical Foundations, Roger J. Davies (who also authored Tuttle publication The Japanese Mind) aims to solve this problem by inviting readers to step inside the world of philosophy and religion, providing a careful examination of almost every system of thought that has touched the Japanese archipelago. From Shinto through Buddhism, including Zen, and Taoism and Confucianism to nihonjinron ideologies, Davies is meticulous in his examination of what makes Japan truly Japan. Alongside his clear and concise descriptions, thought-provoking discussion questions make this a perfect text for classroom discussions. These questions also assist individual readers to reflect on the content and discover new lines of enquiry. Clear sectioning and accessible  writing make this book an excellent introduction for those new to Japanese religious and philosophical influences, or  a quick and wide-ranging refresher. 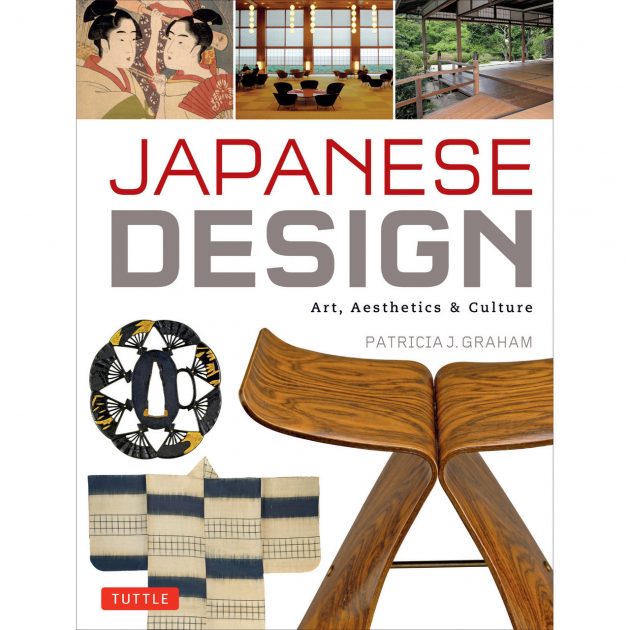 In this visually enlightening, fascinating and easily followed appreciation of the “enduring allure of Japanese design,” Ms Graham describes authoritatively and succinctly the classic elements of elegance—including shibui (classic elegance), wabi and sabi (rustic and withered elegance), iki (sophistication), miyabi and furyu (stylishness, opulence), karei (sumptuousnesss), kabuki and basara (outlandishness), ma (that archetypal interval in time and space), notan (dark vs. light), kazari (modes of decoration and display) and more. She discusses the cultural parameters of Japanese design, evidenced in craftsmanship and technological innovation, artistic lineages and teamwork, appreciation of seasons, linkages between literary and visual arts, and other important features. Also valuable is her account of the efforts of 28 artists, art professors, dealers, scientists and physicians, industrial designers, architects, journalists, philosophers, art historians and art critics—her key precursors on this quest to introduce classic Japanese design to the West, from the 1830s through the 1950s. 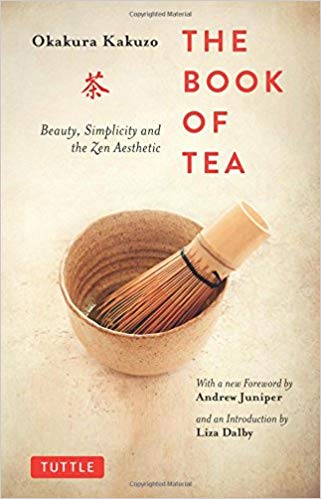 The Book of Tea: Beauty, Simplicity and the Zen Aesthetic

This remarkable book, written in 1906—in impeccable English—is about much more than ‘Teaism.’ It was instrumental in reasserting deeply-held traditional Japanese aesthetic and spiritual values to a world audience, when Meiji Japan was in the throes of almost fanatical Westernization. Okakura Kakuzo (Tenshin), born shortly after the country’s forced opening by Commander Perry’s Black Ships, speaks not as a fervent nationalist, but as an eloquent and deeply knowledgeable advocate for cultural traditions of mindfulness and contemplation stretching back to Chinese Zen and Taoist roots, that were being discarded in the country’s unprecedented rush to industrialization and materialism. While deservedly recognized for this brilliant evocation of the ethos of the Way of Tea (“a worship of the Imperfect”), Okakura was also instrumental, as a well-travelled art connoisseur, in building the Boston Museum’s unrivalled collection of Japanese and Chinese classic arts. This fresh edition, graced with a perceptive new introduction by Liza Dalby, and excellent additional biographical notes, is a lasting treasure, as relevant today as it was when first published. 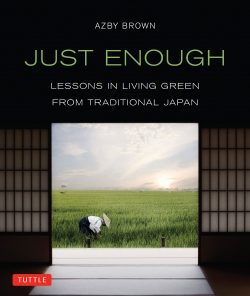 This book’s title echoes a celebrated inscription at Kyoto’s Ryoanji temple, translated as “I know what ‘just enough’ is.”  In the early 1600s, re-unified Tokugawa Japan inherited severe environmental degradation, but through deliberate policy choices achieved a highly successful energy- and resource-efficient integrated locally-sourced agriculturally-productive, waste-free economy that two centuries later could support the world’s largest metropolis. This exemplary work of creative non-fiction literally walks the reader through superbly-detailed revisualizations of life in an Edo-period village, the thriving capital and its now-forgotten daimyo estates. Copiously hand-illustrated and annotated, it presents a thoroughly sustainable system meeting the criteria of the 1987 UN Brundtland Commission: “development that meets the needs of the present without compromising the ability of future generations to meet their own needs”—a “Buddhist economy” valuing well-being over consumption—and argues that this Edo-period success story is highly relevant on a global scale today. 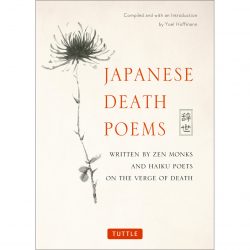 Japanese Death Poems, Written by Zen Monks and Haiku Poets on the Verge of Death

Compiled and with an Introduction by Yoel Hoffmann

Who today ever considers what their last words might be? Yoel Hoffmann shows just how important these utterances can be by compiling some of the most stirring and beautiful Japanese (and Chinese) death poems (jisei) ever penned. Sometimes heartbreaking, at times amusing, always poignant, this collection is difficult to put down. Most poems are accompanied by background on the poet, and how they greeted their end. Each poem illuminates the life of its writer, and allows readers a brief glimpse into their psyche. A highly comprehensive introduction discusses death-related Japanese beliefs and practices, and why these poems were written. Far from being upsetting, Japanese Death Poems is both moving and inspirational, leaving readers wondering how they might mark their end—with a knowing smile, or a peaceful sigh? 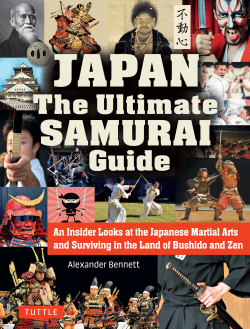 Japan The Ultimate Samurai Guide: An Insider Looks at the Japanese Martial Arts and Surviving in the Land of Bushido and Zen

Through lively text supported by vivid color photos and graphic illustrations, Alexander Bennett (a black-belt in kendo, iaido and naginata, with two doctorates in Japanese history and literature) introduces readers to the complex world of Japanese martial arts, demystifying Budō with flair and great humor. Within its densely-packed 330 pages, Japan The Ultimate Samurai Guide gives a thorough introduction to everything a novice samurai needs to know, from the historical origins of warrior society, to key martial arts concepts and life in a Japanese dojo, to associated must-visit parts of JapanCarefully constructed graphics describe not only martial arts, but also provide a tongue-in-cheek introduction to life in Japan. Bennett’s devotion to martial arts is clear, as every page is crammed with information and evidence of his scholarship. Even readers with little interest in putting on a training gi will be delighted by this fun, engaging and well-designed book.