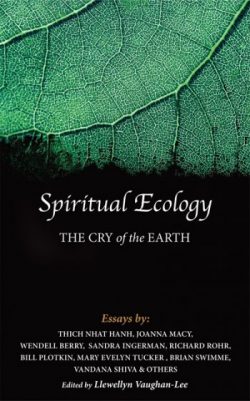 [T]here are those involved in uncovering the esoteric secrets of the soul, meditating and chanting at retreats, praying for world peace, seeking divine guidance from a Heavenly Father-figure, following in the time-honored sacred traditions of one wise human teacher or another, or just turning inward to explore their own deeply sensitive-creative sides.

Then there are those who find comfort in the land right under their feet, exploring and understanding the processes of nature, hugging and occupying trees, cleaning up rivers, protecting endangered species, protesting environmental poisons, or devoting their lives in some way or another to the defense of Mother Earth.

This book seeks to bring those two perceived different camps, the spiritualists and the ecologists, together under one roof. It does this by linking up some of the most respected, well-known names in both fields and arranging a kind of literary longhouse, if you will, in which all speakers are seated side by side around a sacred fire, each given his or her say when the sacred talking stick is next passed to them.

The common theme shared by all here is bridging the very real gap between the spiritual and the environmental in these times of extreme climate changes and manmade degradation of ecosystems. The stakes: nothing less than our very existence as a human species on Planet Earth. 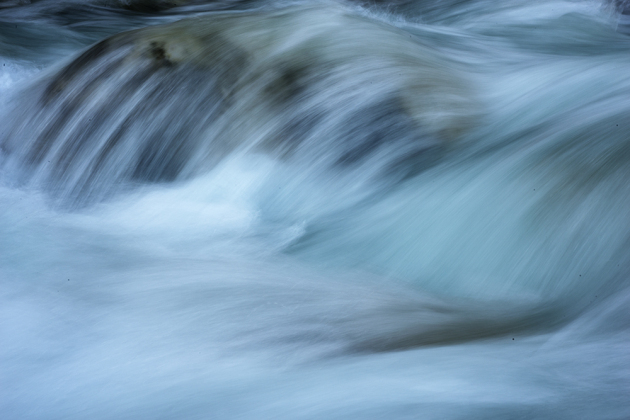 Thus we have heavy hitters in the book like Chief Oren Lyons of the indigenous Onondaga nation in North America, on the need to respect and live in accordance with the higher spiritual laws of nature instead of against them. Buddhist master Thich Nhat Hanh of Vietnam stresses the importance of keeping ourselves mindful of the Earth changes taking place all around the globe and engaging in a new mindset or dream for tomorrow. (It is Nhat Hanh whose quote serves as the guiding spirit of the book: “What we most need to do is to hear within us the sound of the earth crying.”)

Then there is traditional chief Tamale Bwoya of Uganda, sharing a spiritual vision for the future of the planet and its inhabitants, and author-activist Dr. Vandana Shiva of India on the Earth’s sacred gift of food and humanity’s abuse of such a gift at its own peril.

Also seated around the sacred circle is contemporary shamanic practitioner and teacher Sandra Ingerman of the United States, who offers up shamanism as a kind of medicinal healing force for a world desperately out of balance. Philosopher-activist and Resurgence magazine editor Satish Kumar of India, too, espouses the pressing need to “include care of the soul as a part of care of the planet.” An assortment of other well-known followers of earth-based spirituality, along with respected religious teachers from both eastern and western traditions, rounds out the circle of Spiritual Ecology. 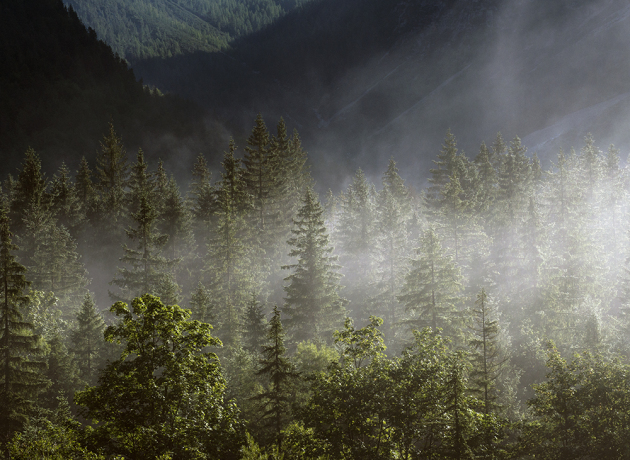 [E]ditor Llewellyn Vaughan-Lee, a British teacher of the Sufi mystical tradition who is based in the U.S., does an admirable job of weaving all the diverse strands of spiritual thought and teachings together into one cohesive whole. He contributes a memorable closing chapter as well.

One point of contention with the selection of the essays in Spiritual Ecology might be the occasional overlapping of messages from the various elders and wisdomkeepers among their respective chapters. But then again, that is perhaps to be expected with such a deep, expansive subject as healing the self and the world.

What really comes through, though, is the sense of urgency expressed by each of the writers even as they avoid preaching fear as a motive for the reader to take action. (We get enough of that in the popular media.) Rather, the underlying force stressed here by all the contributors is love—for the Earth, naturally, but also for all living things on the planet, for the Divine, and for each other as members of a common human family.

Lest we get awed by the presence of so many respected figures gathered under one sacred roof or become lulled into some kind of spiritual bliss by their words, it is worth remembering that at this very moment, some ecosystem somewhere on Planet Earth is on the verge of collapse and that our species, homo sapiens, is the one that has brought it to that point of criticality.

There is much work to be done—not only in “saving the Earth,” as the mantra of the environmental movement goes, but also in saving ourselves and our own souls in the process. Spiritual Ecology serves as a warm, inspiring guidebook for reunifying nature and spirit, pointing the way forward for those who are ready to follow the path and get involved.