The Other Japan: Voices Beyond the Mainstream 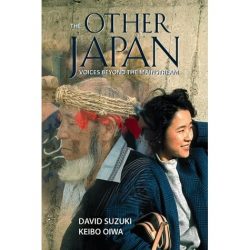 Cultural diversity in Japan — a rich, vital, urgent, and ulti­mately frustrating topic. One must commend the authors for spotlighting the variety of cultural groups in japan (Ainu. Ryukyu, burakumin, fourth-world Korean and Chinese, returnees) and giving them voice in a con­text where they are usually silenced: the media. The normal outrage we’re expected to feel at the end of the text is there, but so is an unfortunate sense of futility. Long on describing the problems of Japanese complex racial status quo, short on viable solutions, the authors nonetheless have brought Japan’s marginal communities into sharper focus. The Other Japan should be read by all students seeking a clearer view of Japan’s rich demo­graphic landscape.