All the Times in the World

[T]ime, like value or proportion, is one of those currencies we exchange (at the going rate) every time we cross a border. An hour in Japan (where everything is clockbound, and even televisions show the hour) is equivalent to a day in laid-back India; yet a single day in Cuba (so crazily eventful) can feel like a year in any calmer place. One of the curious paradoxes of time, as with the money for which it is often exchanged, is that those who are richest in it are the ones least attached to it: in Bali, on many nights, I’ve shown up for a ritual dance scheduled to begin at 8 p.m., only to see the minutes, the hours leak away, till soon the night is almost over. The gods can’t be made to arrive on cue, the locals always tell me; they have a time-frame of their own. 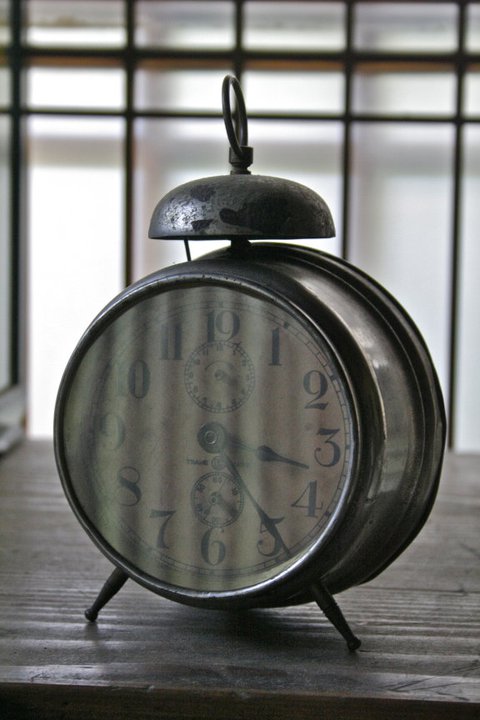 When Aldous Huxley remarked that the single greatest invention of the twentieth century was speed, he surely could not have guessed that soon history would be flying past so quickly that the twenty-first century would begin a few years early. For everywhere, in the developed world, we’re moving at the speed of light. Time, like so much else around us, seems to be speeding up and shrinking simultaneously (as information is, as travel and communications are). What this means for each of us is that the bombardment of the instant warps and crowds our sense of time; our minutes are so packed, we lose the hours. What it means collectively is that yesterday seems like two centuries ago: who thinks of Gorbachev now, one of the strongest leaders on the planet earlier this decade ? Princess Diana’s life, effaced by so many fast-breaking tabloid headlines, seems already to me like ancient history. More and more of our moments flash by as quickly as the rapid-fire images on our TV screens, the icons on our PowerBooks.

Thus even as we do so much to save time—through speed-dialing and microwaves and Moore’s Law of 18-month doubled acceleration—time comes to seem a limited, non-renewable resource, which we’re using up as fast as we do trees or soil. A large part of our current nostalgia, I think, reflects a longing not just for an earlier time, but for an earlier sense of time (“We had buckets of time (itals) in those days,” an elderly Sri Lankan woman answers, in Romesh Gunesekera’s new novel, The Sandglass, when asked how England was different when she arrived there after the war). In some ways, what we miss is not just the sense of life without a clock (that blue-sky, boundless sense we had as children), but a sense of time as something beyond our reach. In Shakespeare’s day, Time was routinely “the king of men,” and sometimes what we’re losing, in our hubris, is a proper deference before a force far greater than us that can wound as much as heal.

And, having cut down Time, as Thoreau might have punned, we find we can’t restore it. To me, the archetype of this new temporal limbo (a cathedral of the temporary) is the airport, that placeless place where so many of us pass our days. Time, in an airport (a vision of our future), is almost explicitly a form of money (as we are offered vouchers and payments if we are prepared to wait), yet everyone has a different value for it. Half the people we see are killing time in the transit lounge, half are racing to catch up with it. Everyone’s wearing a watch, but all the watches show different times. And many of us come to feel like the lobbies of fancy hotels, with the clocks of four or five different cities ticking away inside our stomachs. Around us, in a crush of cellphones, deadlines, departure times (but seldom lifelines), the signs extol a gospel of high speed: Pizza Hut Express, Holiday Inn Express, Federal Express.

In the midst of such commotion, my own impulse, like that of more and more of us, I suspect, is to try to do anything I can to find my way back to a more spacious sense of time, sometimes by going back to more rural, atavistic cultures where time is seen in the same way it’s always been (as cyclical, in fact), and progress is not necessarily regarded as forward movement; and sometimes by taking myself to places that, however industrialized, preserve an Old World sense of time as something above us, not within (as in Japan, where the seasons are ritually observed as a religion might be).

Even in jet-propelled, wound-up California, I have found a way to step out of fast forward, into slow backward. Once every few months, I drive up the coast to a Catholic hermitage high above the sea, where, though no Catholic myself, I receive temporary absolution from the moment. In the absence of phones, of beepers and laptops, time falls away, and so grows as expansive as the huge horizon before me. White-hooded monks make the centuries dissolve, and each day is measured only by the occasional tolling of a bell.

There’s one clock in the hermitage, but the day is so released from appointments and alarms that, when I see it read 7:15, I sometimes honestly can’t tell whether that denotes daybreak or sunset. And oddly, in this place where moments fade, and eternity reawakens, I find I have all the time in the world–so little sense of time, I have no thought of wasting it. Time is a goddess who flees the minute we would make use of her.