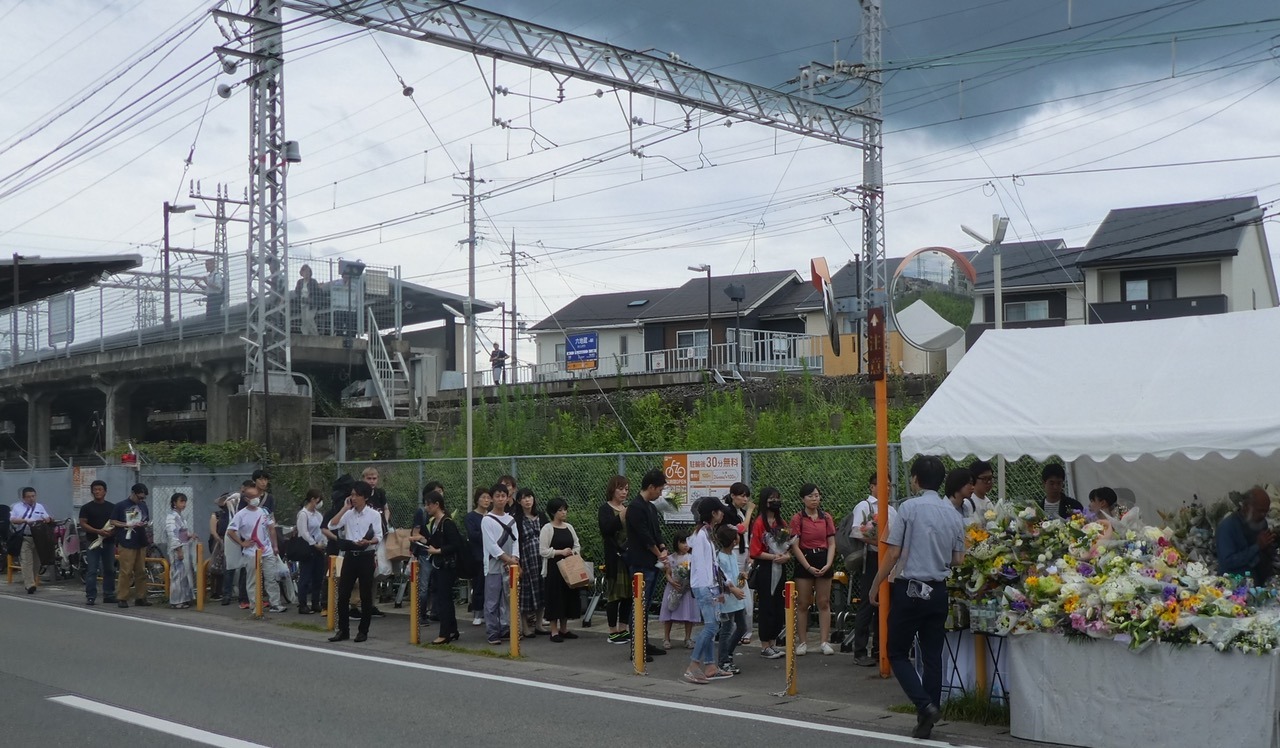 Every ten minutes, with every east-bound train, another contingent of Kyoto Animation Co. fans descends the stairs at Rokujizo-Keihan Station.

Mutely they join a line stretching from the station to an improvised, far-too-small tent in a cramped bicycle park, to offer flowers and prayers to the 34 victims of last Thursday’s tragic arson. There’s no sidewalk; cars brush past young and middle-aged fans waiting patiently in Kyoto’s rainy season humidity, under threatening clouds. Flowers pile up, along with bottled drinks and stuffed toys, in front of elaborate floral tributes bearing the names of Junko and Hideaki Hatta, KyoAni’s desolated founders. Thirty-six traumatized survivors are in hospital, many in critical condition. No names have yet been released.

More flowers, presumably from family members and company colleagues, have been placed outside the burned-out studio building, a short walk down a narrow sidestreet among typically crammed-together suburban homes. Hushed visitors mill around, disoriented, in a space where there is suddenly no conventionally defined pattern of how to behave. The air is still acrid with the stench of the all-consuming blaze; a guard in a blue shirt reminds people politely not to step into neighbors’ empty house-front parking spaces.

News camera crews crave definitive photo opportunities; a video cameraman and his sound recordist document the blackened main entrance, a portal through which Aoba Shinji carried two containers of gasoline, and with the click of a lighter, transformed everything forever. A black butterfly weaves among bystanders, enters a broken first-floor window, reappears, checks the next briefly as well, zig-zags on past ravaged ornamental trees fronting the sound studio.

Everyone is virtually expressionless, staring at the devastated hulk of the building, imagining the inferno of transience that raged within it; trying to comprehend this black hole that instantaneously swallowed an everyday workplace essentially like their own. We are all confronted not by what’s in front of us, but by a horrific absence — the inexplicable loss of what had been, up until the moment of that initial explosion, a living interplay of creative energies, a team of creative young people taking pleasure in simply doing their cool best to utilize and coordinate their unique talents to provide enjoyment, enriching other people’s lives by bringing characters and stories to vibrant, animated life.

Kyoto has had other calamitous fires, both accidental and deliberately lit. The loss of Kinkakuji, the national treasure Golden Pavilion of Rokuonji, in July 1950, comes immediately to mind. Built in 1397 (95 years before Columbus stumbled on the Americas), it was nevertheless merely a building, one that could be quickly reconstructed, and, with the application of over 700 million yen’s worth of thick gold leaf, inscribed in 1994 on UNESCO’s World Heritage list.

What has been lost to smoke and flames and the antithesis of mindfulness here, this time, is also world heritage, but heartbreakingly irreplaceable. The cruel and deliberate destructiveness of one infinitely pitiable individual must, however, be ultimately outweighed by the gratitude felt by millions of fans for this exceptional company and its work, and for those talented people who gave us their best — a gift of Kyoto-style dedication that still lives, via present-day media, and now resides in human hearts and generational memories around the world. 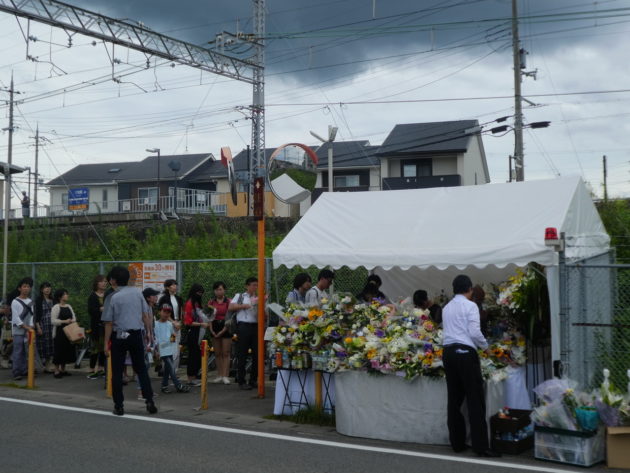 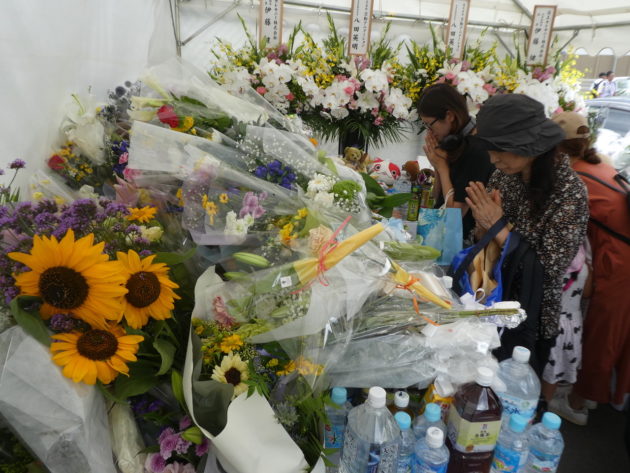 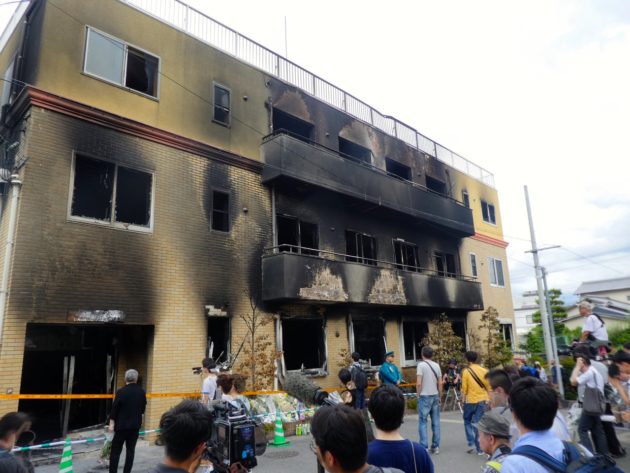 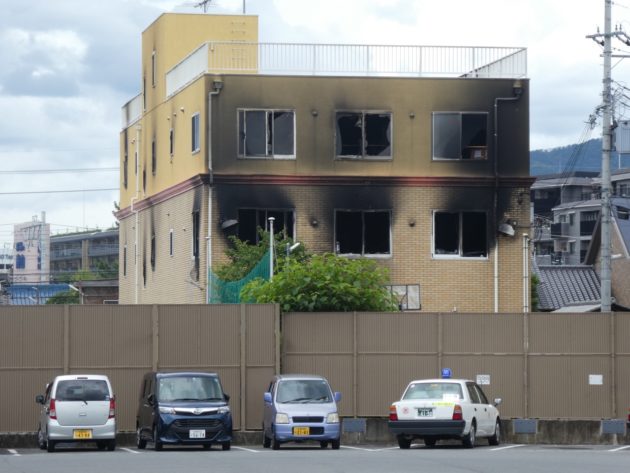 One of the founders of KJ, Ken Rodgers has been managing editor since 1993. He has worked for over 30 years at Kyoto Seika University, known for its Faculty of Manga and International Manga Museum. He has lived in Kyoto since 1982.